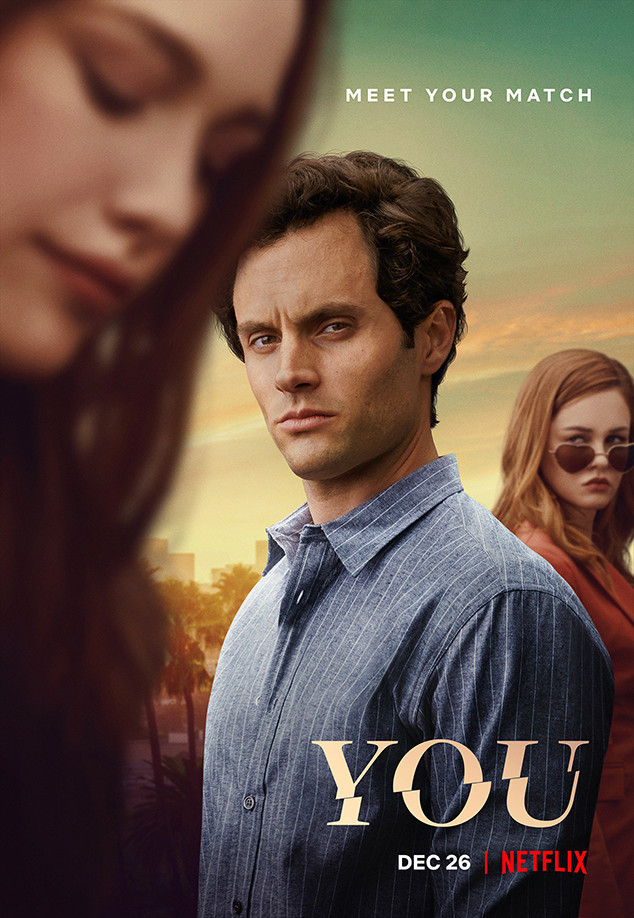 Spoilers for You Season 2 below

When season one of You came out last fall everyone seemed to instantly fall in love with this twisted show. Joe and Beck were a train wreck that nobody could look away from. I hoped that season two would be the same way. It follows Joe as he moves to L.A. to get away from Candace, but falls in love with a new girl, Love Quinn, instead. That’s right, her name is literally Love. Of course, when Joe gets involved with any woman it’s bound to end in murder, and there was certainly no lack of that in this season.

Still, season two fell short for me in multiple ways. In this new season we already knew what to expect from Joe, plus he kept trying to be a better man. I watched season one with a sick sort of fascination, wondering what terrible idea Joe would act on next, and while he still does some terrible things this time around, it didn’t keep me as interested. The show also kept trying to humanize Joe further by giving us frequent flashbacks to his troubled childhood. I felt bad, but frankly I couldn’t care less. We shouldn’t be attempting to redeem a man who is quite literally a serial killer. The ending wasn’t even as satisfying this time around. The last thirty seconds pretty much ruined it for me. Overall, unfortunately, I didn’t enjoy You season two nearly as much as I expected to.

In the aftermath of Beck’s untimely demise, Candace (Joe’s ex that he thought he killed by accident) resurfaces and threatens to expose him for the murderer that he is. She of course, doesn’t do that, in fact she does next to nothing the entire season, but it’s the thought that counts. In an attempt to evade her, Joe moves to L.A. where he meets his new infatuation, Love Quinn. And her alcohol and substance abusing twin, Forty Quinn. Can you tell by their names that they come from money? Joe is doing his best to turn over a new leaf but of course immediately falls back into his old overzealous and murderous ways. Except, like I said earlier, we expected that this time. In my opinion the best part of season one was that Joe was entirely unpredictable. We didn’t know what lengths he would go to to keep Beck’s love. Season two loses that since we already have a deep understanding of how crazy he is.

My least favorite part though, was the frequent flashbacks to Joe’s childhood. We learn that Joe’s mom was married to an abusive asshole, but she also frequentlIy left Joe in alone in public places to go hook up with other men. That story comes to an end with nine year old Joe finally snapping and shooting his dad one night during another one of his abusive rampages. I felt that what we’d seen in season one was enough of a backstory for Joe. This just felt like the showrunners attempting to get us to sympathize with Joe. They shouldn’t be trying to make me root for him. He’s a serial killer for crying out loud!

The characters of season two were pretty hit or miss. Forty, Ellie, Delilah, and the original Will stole the show for me. We see the most of Forty and Ellie, and man they were incredible. Forty was unpredictable and sees so much growth and brings a level of chaos to Joe’s life that I loved to watch. Ellie was a strong young woman at only 15 and stole my heart. We don’t see quite as much of Delilah, but her quest to bring scumbag Henderson to justice was so satisfying to watch. Hers was the death I was most upset about this season. Candace felt borderline unnecessary to the show, since she really didn’t do much but it was still nice to see Joe squirm.

That said, Love fell flat for me. Of course she was going to be crazy as well, or else we would have just been watching season one again. For the most part Love felt predictable, and the reveal of just how unhinged she was wasn’t a surprise. Plus, with her reveal we saw a weird turn for Joe’s character. He seems shocked and terrified by the fact that she’s killed three people, which felt extremely hypocritical since at that point he’d killed over double that number. We see his love for Love sour and seemingly begin to fade by the end, which felt out of character for his obsessive personality. Overall this season felt like a lot of backtracking on just how evil they’d made Joe in season one, which is something that can’t really be undone. I would have much rather they just let him lean into his crazy and fully portray him as past redemption.

Honestly, I was so disappointed that I didn’t like season two as much as the first. I still binged it, and it still had enough curveballs to keep me interested, but it didn’t pull me in nearly as much. The ending felt especially terrible to me. We see Joe moving in with the now pregnant Love, ready to start their life. I wasn’t thrilled to see a serial killer get away with it and live a happy life but whatever. The real kicker though, was the last thirty seconds. Joe begins to fixate on his next door neighbor! That man is insatiable! I thought he would be happy at this point, since he kept claiming to only be looking to find love, but I guess not. Really though, it felt like an incredibly forced setup for another season. The only interest I have in a season three at this point, is if we finally see Joe face the justice he deserves. At the time of writing this though, there is no word on whether or not we will get a third season.

Overall, if you liked the first season, be sure to give this a watch. Even though it’s not as good, it’s worth watching for Forty and Ellie alone. If a third season does come out I’ll definitely be watching it, but won’t have nearly as high of expectations as I did for season two. Until then I’ll be hoping that my next boyfriend doesn’t turn out to be some crazy serial killer.