REVIEW: The 7½ Deaths of Evelyn Hardcastle by Stuart Turton

How lost do you have to be to let the devil lead you home?

It’s been a hot minute since I finished The 7½ Deaths of Evelyn Hardcastle, and still the only word that comes to mind to describe this book is: WOW. I was immediately pulled in by the aesthetic of the cover and the short blurb on the back, but this book still managed to somehow surpass all of my expectations. This book combined all the best parts of Agatha Christie whodunnits into one. It also was set in a deeply atmospheric Downton Abbey-esque type manor. Not to mention the twist upon twist at the end that had me on the edge of my seat. This review will be completely spoiler free, as it is a mystery novel.

The 7½ Deaths of Evelyn Hardcastle follows a man named Aiden Bishop, who is trapped to repeat the same day in Blackheath Manor until he can solve the mystery of who kills Evelyn Harcastle. The catch is that he wakes up in a different body each time. Not only is he attempting to navigate this intricate crime, but he must also deal with the setbacks that each new host provides. Sounds easy enough, right? Not really. Let’s discuss.

Stuart Turton’s writing in this novel is simply fantastic. This book was so lyrical and atmospheric, all thanks to his incredible writing. He immerses you within the world of Blackheath Manor, giving you only enough details to have what you think might be a solid grasp of the world. That is, until you learn something new and everything changes again. Turton creates such a feeling of underlying unease and tension that I was on the edge of my seat the whole time. I ended up tearing through this book in less than a day, eager to figure out what happened next. Evelyn Hardcastle is written in first person, which as I’ve mentioned in previous reviews, isn’t my favorite storytelling method, but it had to be done this way given the nature of the book. Luckily for me, Turton’s writing felt so natural that I hardly noticed it was first person. It’s so hard for me to believe that this was his debut, but I’ll definitely be picking up any and every book he writes in the future!

This section is going to be brief. The 7½ Deaths of Evelyn Hardcastle is definitely a book that the less you know going in the better. All you need to know is that Stuart Turton does such a good job given the task of writing a character within a character. Each of Aiden’s hosts have their own distinct voice and mannerisms, and yet Aiden himself remains present as well. Each character is incredibly interesting, and even minor characters end up having a part to play. Deceptions are well written, and character motivations are always clear making this such a fun read.

I really can’t say much here either. The last thing I’d want to do is accidentally let something slip that would ruin your experience with this book. Still, I will say this. This book has one of the most intricate and complex plots I’ve ever read. If you’re paying close enough attention while you read, some of the twists might not be that shocking. But no matter how hard you try, there’s enough twists at the end that you’ll probably have your jaw on the ground like I did. Seriously, just read this book. It’ll be worth your time I promise.

In case it hasn’t been abundantly clear throughout this review, I absolutely adored this book. I genuinely couldn’t have asked for a better book to kick off my October reads. This book was everything I could have asked for and more, earning a full five stars from me! Stuart Turton’s debut novel was an absolute showstopper that I recommend to anyone and everyone! While I don’t read a ton of thrillers, this definitely has inspired me to pick up this genre more often. His next novel, titled The Devil and the Dark Water looks equally as promising and I’m eagerly anticipating its release in 2020. Until then, I’ll be doing my best to make everyone I know read this book. And maybe even rereading it myself once or twice.

Check out our other book reviews!

The 7 1⁄2 Deaths of Evelyn Hardcastle 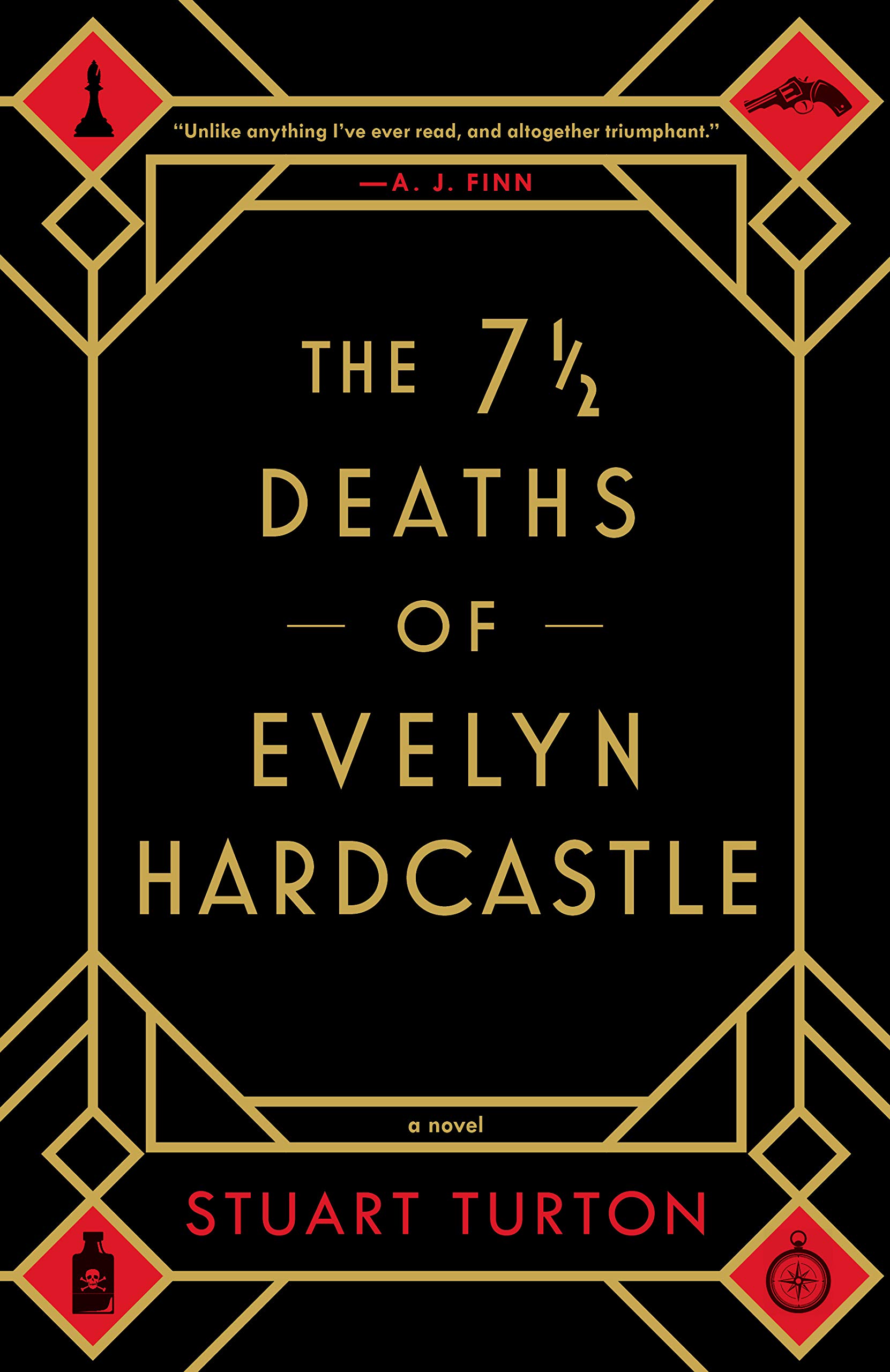