REVIEW: The Arrest by Jonathan Lethem

November is a month FULL of great new book releases. There are quite a few I already planned on reading, but this is one I hadn’t planned on picking up. What particularly caught my eye was the cover. I liked how it was stylized like so many science-fiction books from 50 or so years ago. The premise seemed interesting enough, and HarperCollins graciously gave me an ARC for it, so I decided to give it a shot! Here’s my review for The Arrest by Jonathon Lethem!

“The striking thing wasn’t the Time Averaging itself, but the existence of the tiny interval in which it hadn’t yet occurred. That moment where we see things as they are.”

The Arrest is a dystopian, science-fiction novel about what happens when all the technology we use on a daily basis stops working during an event that is known in the book as “the arrest”. Everything from phones to cars, even guns, stop working after some time. The novel follows Sandy Duplessis, more often referred to as Journeyman, and his life following the arrest. He is living on his sister’s farm, working as a deliveryman and butcher’s assistant, when his old roommate from his life as a screenwriter in LA comes to town driving a nuclear powered SuperCar.

Right off the bat, I noticed that the similarities between this book and mid-20th-century sci-fi books didn’t end at the cover. Lethem’s prose reminded me a lot of classic, older books that I had to read for school. The diction is complex, and at points seemed almost pretentious, especially at the beginning. Though, it did start to flow better as I read and got used to the writing style, with the occasional hiccup. While Lethem’s writing style isn’t my favorite, I don’t think it took away from my experience with the book. There were quite a few times while reading that I really enjoyed Lethem’s writing, but I know it’s not for everyone.

While this book is often labelled as dystopian and sci-fi, it’s really not. The premise of the book is where the sci-fi elements begin and end. The event, the arrest, and the SuperCar, melt into the background as the story focuses on Journeyman’s reunion with his old friend, Peter Todbaum. To me, The Arrest is a sci-fi novel in the same way that George Orwell’s Animal Farm is a sci-fi novel. Both books contain sci-fi elements, but that’s not what they’re about, the sci-fi elements just provide a setting.

Now let’s talk about the characters. The story is told from the perspective of Journeyman, however, he is probably one of the least interesting characters in the book. After Peter Todbaum’s arrival, he takes the spotlight, and is a much more interesting character. Most of the book is spent having Journeyman try to compare the Todbaum he knew in the past to the one that showed up in the present: a phenomenon Lethem calls “Time Averaging”. Todbaum’s larger-than-life presence feels like it should be a foil to Journeyman’s, but in this regard I think Journeyman falls a bit flat.

Journeyman has got to be one of the most oblivious main characters I’ve ever read. Much of the plot happens, only for Journeyman to find out about it later. Todbaum’s attempts to reconcile with Journeyman’s sister is followed by chapters of Journeyman trying to figure out what happened between them in the past. There were many times where I felt like Journeyman should have been aware of something that was happening or was about to happen, but he just wasn’t.

That brings me to probably my biggest gripe with the book. A lot of the story is displaced from the main character, making it seem cryptic and more mysterious. To me it ultimately just felt superficial. There were a lot of elements throughout the book that felt like they should have more meaning than they did. Journeyman’s relationships with characters, the SuperCar, and even the events of the plot seemed like they were all metaphors for something. However, if they were metaphorical, any ascribed meanings were lost on me, although I don’t claim to be the smartest man. What I can say, though, is they did help highlight the absurdity of the story taking place in a post-civilized society.

While I did enjoy my time with The Arrest, I’m not sure I will think about it much after. The pacing was slow, and ultimately not much ended up happening throughout the book. The characters could have had more depth, but there is a weird air of mystery that Lethem seemed insistent on keeping his characters in. Overall, I think most would find this book a little dull, though I found moments throughout that kept me interested if not engaged. Perhaps this story is just like the character Peter Todbaum— full of flowery language, but not much beyond that.

This was my first Jonathan Lethem book, and although this wasn’t my favorite read, I’m interested to check out some of his other works. I recognize that while this book wasn’t for me, there may be some people that this book is perfect for. If you’ve read The Arrest, let me know what you thought of it!

If you liked our review of The Arrest, check out some of our other reviews! 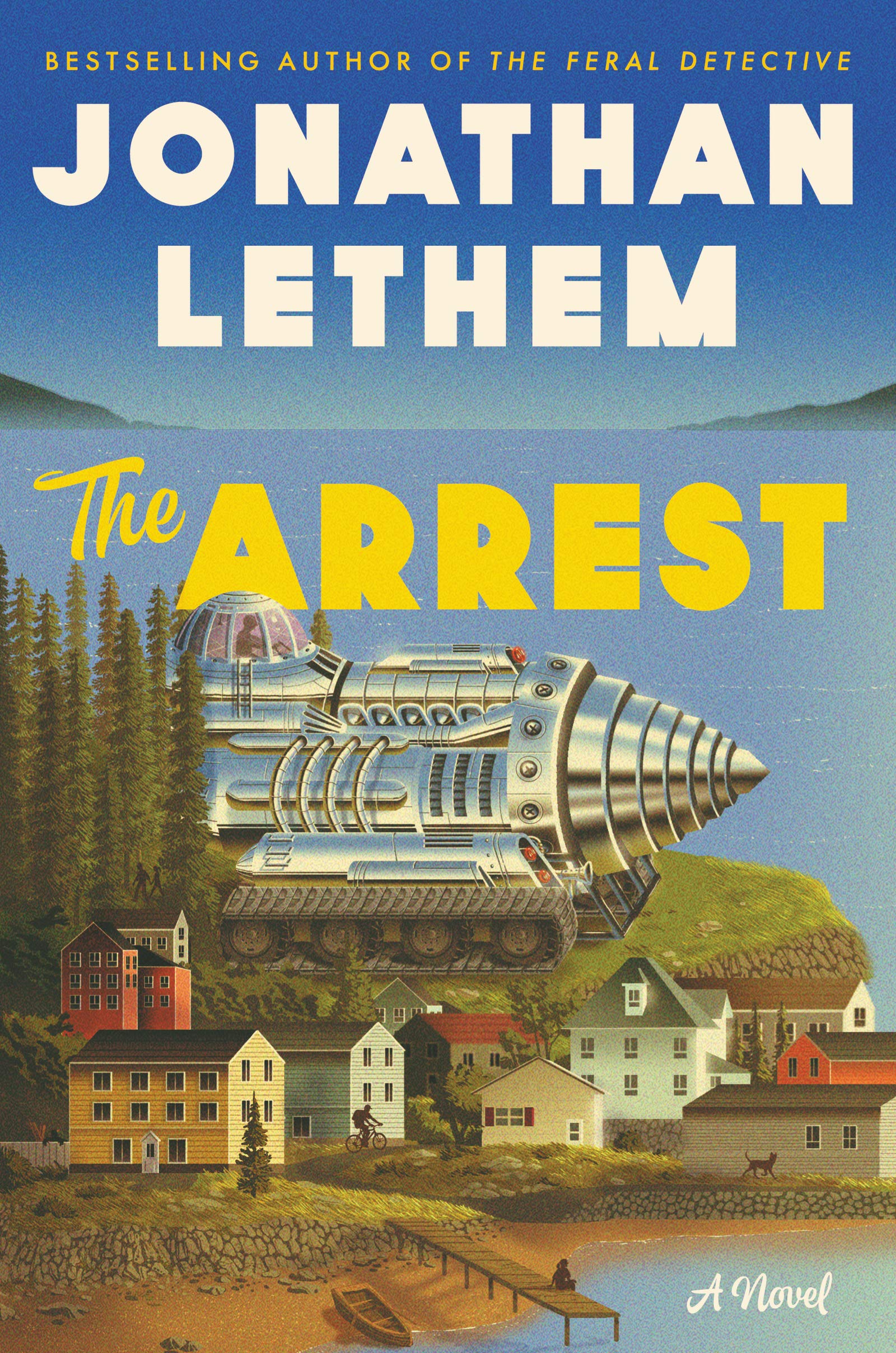